My Scene Wiki
Register
Don't have an account?
Sign In
Advertisement
in: Males, Characters, Delancey's Romantic Interests, My Scene

Ellis is one of the My Scene boys. He is a member of the band Urban Desire. Ellis plays the lead guitar and supplies background vocals in the band. He’s Delancey's love interest, and later became her official boyfriend in My Scene: Jammin' in Jamaica. He debuted in the "Hanging Out" line, along with his girlfriend, Delancey.

He is interested in becoming an actor and he’s taking acting lessons. Although he loves NYC, he wants to follow his dreams of becoming a movie star in Los Angeles. He loves hanging out with his friends, enjoys going out to eat, loves skateboarding around the city and surfing at the beach with Delancey. Ellis is pretty awkward and shy around girls, especially when it came to asking out Delancey on a date and is kind and a bit quieter than the rest of the My Scene guys.

Ellis is a muscular teenager who has brown hair, a light skin tone and green eyes. He’s characterized as being Euro-American.

He’s best friends with Hudson, River, and Sutton. Ellis is also friends with Barbie, Madison, Chelsea, Nolee and Kenzie. He’s romantically linked to Delancey. Delancey and Ellis spend much of their time together and are featured together in the movies, webisodes, and a doll line. He got her a gift for Valentine’s Day in Amor y Amistad.

What I look for in a girl: Confidence - I totally dig that

I want to be in movies, and I've started taking acting lessons. Kinda scary at first, but now I'm really into it. Performing is such a rush!

Ellis' All About Me 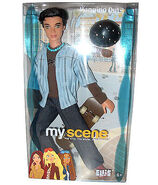 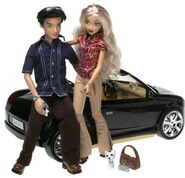 Cruisin' in my Ride Ellis and Barbie 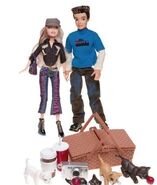 Getting Ready Out And About Delancey and Ellis

Ellis in Hanging Out

Ellis in Jammin' in Jamaica

Ellis in Getting Ready

Ellis in My Scene Goes Hollywood

Ellis in Barbie Pierde a Yorkie

Ellis in Llegando a Hollywood
Community content is available under CC-BY-SA unless otherwise noted.
Advertisement