My Scene: Jammin' in Jamaica is a My Scene film released in May 2004 in the US. It was sold together with the My Scene "Jammin' in Jamaica" dolls, and is 56 minutes long. When Madison and Urban Desire go to Jamaica for a contest, Barbie, Nolee, and Chelsea raise money to go there to support their friends.

Madison is manager of a band called Urban Desire, which is made up of the four male characters: River, Hudson, Sutton, and Ellis. When the band wins a contest, they make a trip to Jamaica for the finals, but Barbie, Nolee, and Chelsea are left behind so they decide to raise the money to travel to Jamaica. After all the characters arrive in Jamaica, Barbie feels left out as her boyfriend, the lead guitarist begins spending more time with Madison. This causes a rift between the friends but is eventually resolved.

Urban Desire, a band consisting of River, Sutton, Hudson, and Ellis, and managed by Madison, get through to the finals of the Beat to Beat competition. The finals take place in Jamaica, so the band and Madison travel there. When they are gone, Barbie, Nolee, and Chelsea raise money and go to Jamaica to surprise Madison and the band. Barbie loves Jamaica, but she gets upset when River, her boyfriend and lead guitarist of Urban Desire, spends more time with Madison than her, even though it's work-related. She sees them hugging and mistakes it for something more. After reconciling with Madison, Barbie sets up an after-party concert, since Urban Desire had been disqualified from the Beat to Beat. A record producer decides to produce the band's demo and the movie ends on a song.

Urban Desire covers two songs: "Spontaneous Combustion" by The Fuzz, and "Going Down In Flames" by Hidell. Both songs were censored at times to make them more child appropriate for the film. There are also two songs by Leslie Mills in the film, which are "Radiowave" and "Making My Way". "Making My Way" was also in Barbie and The Three Musketeers, which was released in 2009.

Besides, there are two songs heard in the background. One plays during the gang's montage around Jamaica, and the other plays when everyone is dancing at the Guava Gulch. Neither one of these songs is credited in the end, nor can they be found anywhere.

My Scene: Jammin' in Jamaica Transcript

Add a photo to this gallery

My Scene Jammin' In Jamaica Barbie

My Scene Jammin' In Jamaica Delancey

My Scene Jammin' In Jamaica Nolee

My Scene Jammin' In Jamaica Chelsea

My Scene Jammin' In Jamaica Madison 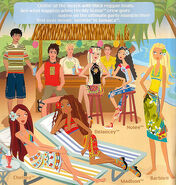 Jammin' in Jamaica The Girls 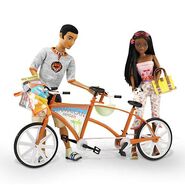 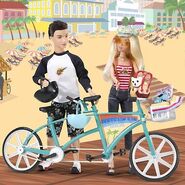 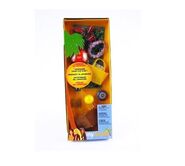 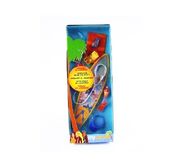 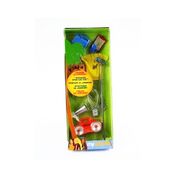 My Beach Ride Red
Add a photo to this gallery 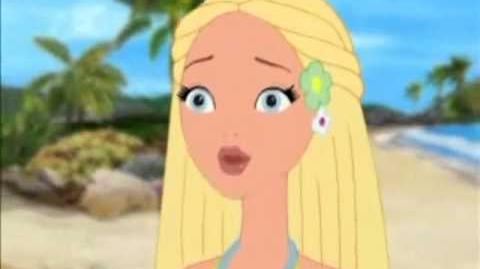 Retrieved from "https://myscene.fandom.com/wiki/My_Scene:_Jammin%27_in_Jamaica?oldid=13982"
Community content is available under CC-BY-SA unless otherwise noted.